On January 25, 2017, beloved son, brother, father, lover, uncle, cousin and friend, Daniel Zorn, passed away. He was 44 years old and left behind a beautiful daughter and a legion of family and friends who remember him not as an addict, but as a source of fun, kindness, and lightheartedness.

Danny’s upbringing was filled with unconditional love and simple pleasures such as camping, swimming, and clowning around at family reunions. As a baby he was a thumb-sucker, and his family remembers fondly the cute red mark across his nose where his index finger would rest. As a teenager he developed a rebellious streak and a bit of sass, yet his acceptance of others, his sense of humor, and his desire to do right by others earned him friends wherever he went.

As Danny battled addiction, his friends and family suffered alongside him as they watched his illness betray the real Danny they knew and loved. They celebrated his victories when he returned to sobriety, hoping that this would finally be the time it would stick for good, only to be disappointed when another relapse demolished all the rebuilding he had done. But that never stopped Danny from continuing to fight for recovery, over and over again.

When some loved ones took shelter from the hurt by creating a distance, Danny understood. Kindness and protectiveness came naturally to him, and he was happy to play whatever role he could in the lives of those around him.

In 2013, Danny shared a Facebook post from the #NoMoreShame movement, with the request that his siblings wear the #NoMoreShame bracelets at his funeral to support a more open and accepting attitude towards those suffering from the disease for addiction. At the time, it was just another social media post, one of many others, quickly lost in the never-ending feed. 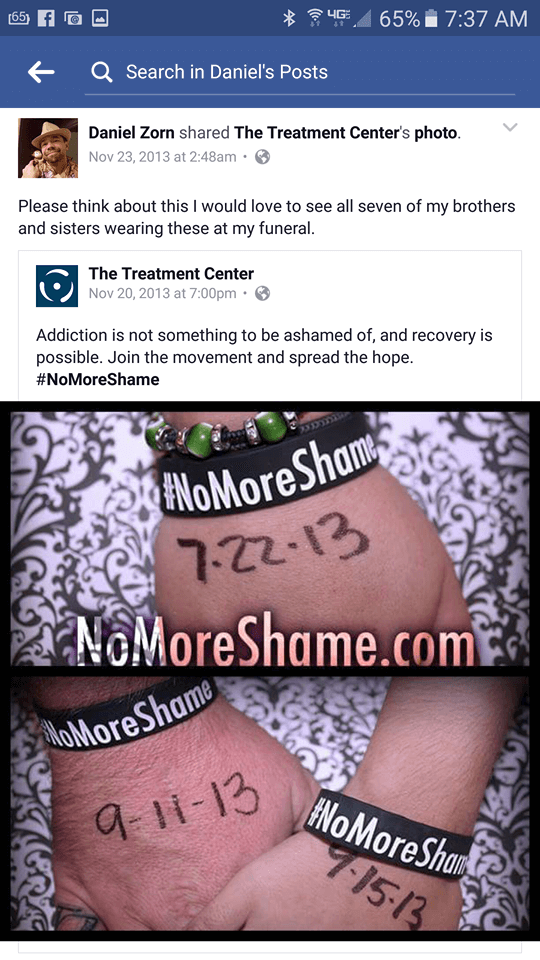 In 2017, Danny died unexpectedly. He had begun using again, and his family was bracing for another storm, but they weren’t expecting this. Perhaps this time around, Danny felt more shameful preventing him from seeking treatment before it was too late.
Danny’s family rediscovered his shared post soon after he had passed away. Finding the #NoMoreShame request was like reconnecting with Danny through time, and his family wanted to honor this simple request. They contacted The Treatment Center, which sponsors the #NoMoreShame movement, through social media and the company overnighted bracelets for the family to wear in time for the funeral.

The #NoMoreShame movement focuses on breaking the stigma of addiction so those afflicted with the illness can openly seek help, and so that loved ones can understand that addiction is an illness and that recovery is possible.

It took Danny’s family many years to understand that his addiction was not a choice; it was a battle he faced every day. Now they share his story in the hopes that their beloved Daniel can serve as a beacon of hope from beyond the grave, that his message of love and acceptance will shine a light on the struggles of addicts and their loved ones and give hope to all those who fight this battle.

You can find his original story at https://www.thetreatmentcenter.com/blog/family-honors-request-to-wear-nomoreshame-bracelets-at-funeral/ 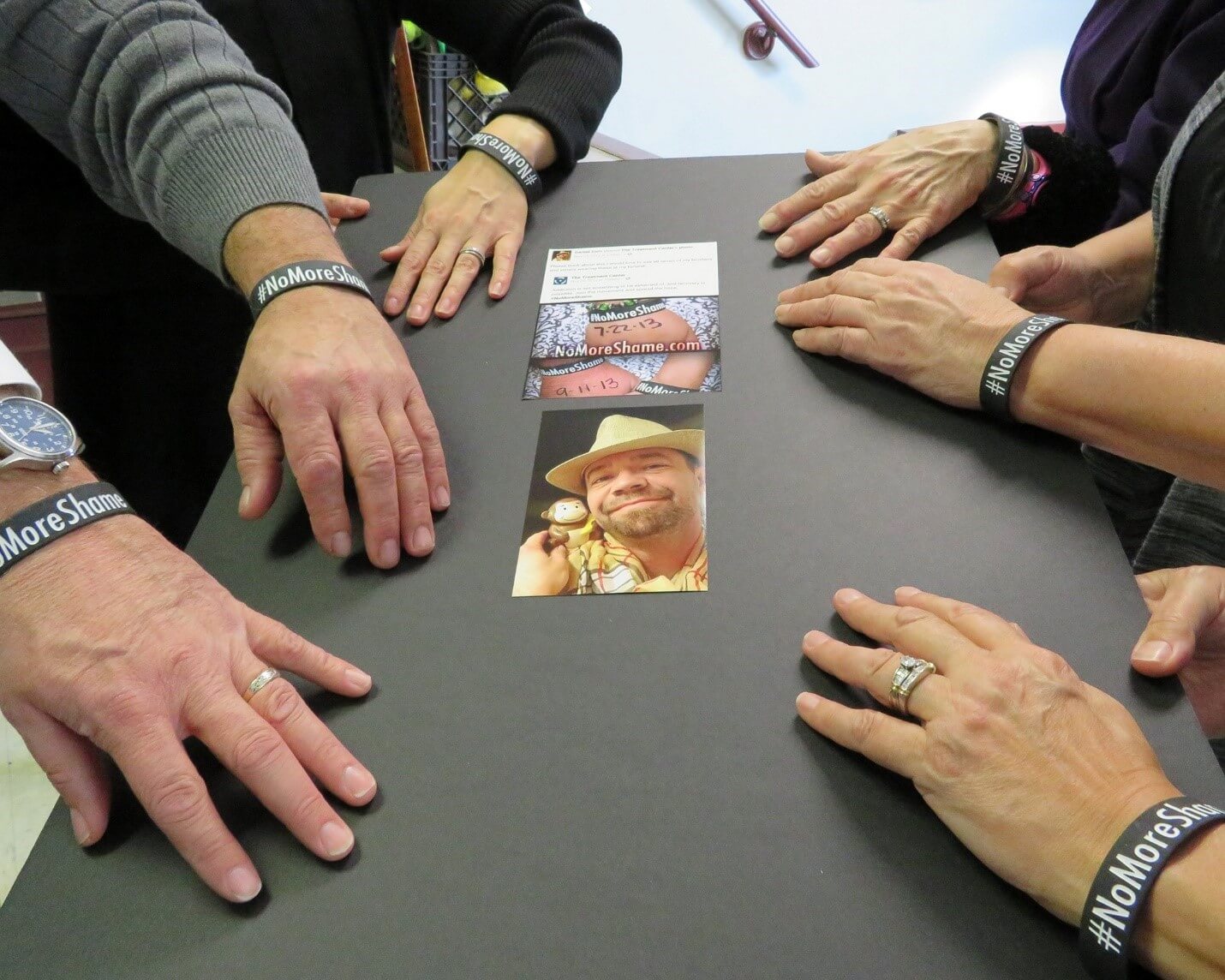 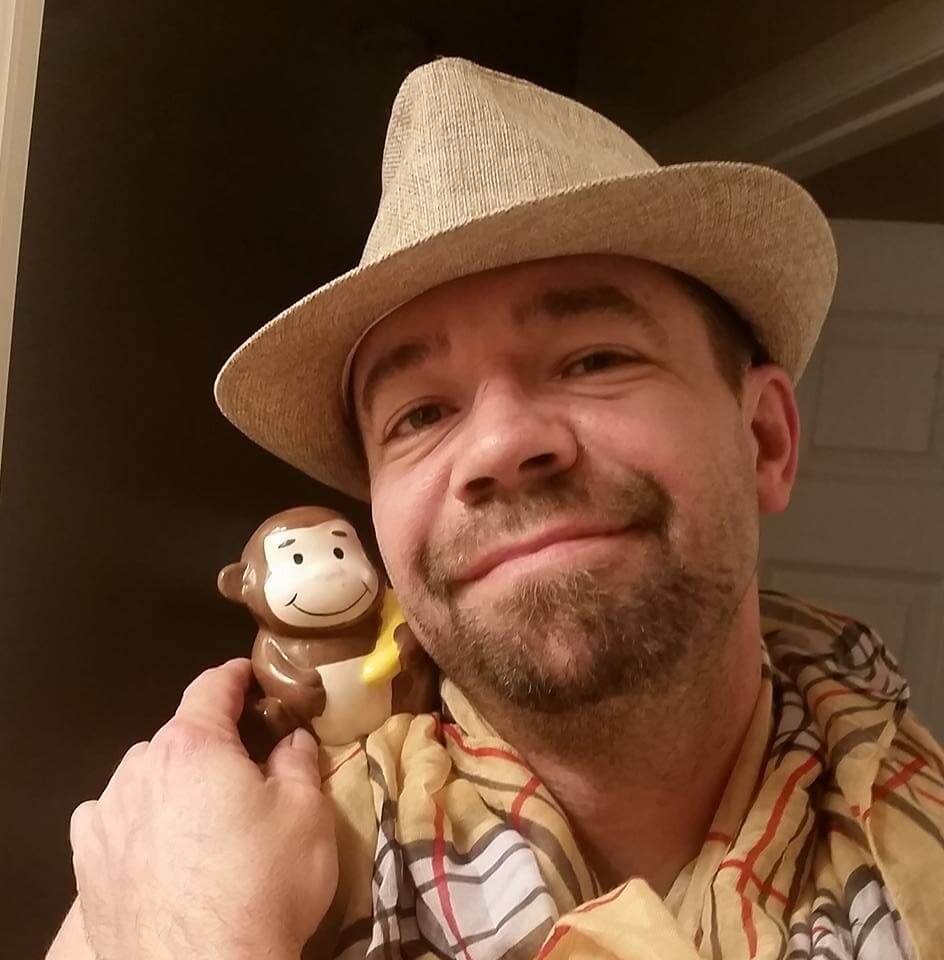