The 2017 BC provincial election has been a profound opportunity to move the needle on mental health and addictions care within our province. There is no doubt that healthcare reform and responses to the opioid crisis ranked high as important voting issues.

Here the #b4stage4 campaign netted results. Just four years ago mental health was mentioned less than 20 times and addiction only 3 times in the individual party platforms released in advance of the election. In 2017 mental health appeared 84 times and addiction appears 39 times across all three of the major party platforms: BC NDP, BC Greens, and BC Liberals. We witnessed landmark commitments that align with the five pillars of the b4stage4 declaration:

There is strong potential for the next government to take action for mental health and addiction. We can find evidence of this not only in the party platforms, but also in the statements candidates have made in support of #b4stage4. 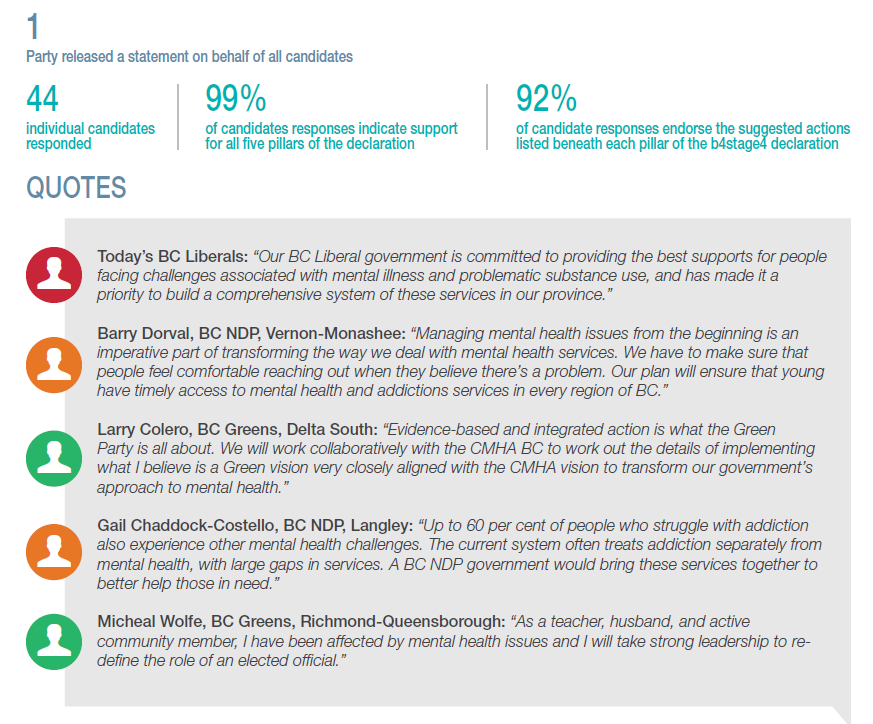