I had dark thoughts of death, feelings of rage and of hating the world that I didn’t know what to do with. I had had those thoughts and feelings for as long as I could remember, but I rarely expressed them, letting them out only when I could contain them no longer, then withdrawing to my room to cry until I was exhausted and finally fell asleep. I had a severe panic attack when I was five and thought I was going to die. When I was 14 I was so angry at my parents, who were away, that I tried to kill myself so that they would find my rotting corpse when they returned home. I made two more attempts in later years.

Because I had grown up with these feelings, I thought that they were “normal”, that everybody felt the way I did, but that they were better at hiding it. At other times, I believed the lies that depression told me: that other people did not feel the way I did, or have the dark angry thoughts that I had. That I was a bad person, that I deserved the pain that I was feeling. And I thought it would never end, that I would have to live with that pain for as long as I lived. And sometimes I thought that there was something wrong with me and wished there was a magic pill that would fix me and make me feel better.

If only I had expressed those thoughts. If only I had told someone how I felt so much of the time. But I was too ashamed. I believed that whatever was going on with me was my fault and that I would be blamed for it somehow. So I suffered in silence, for decades. Not all the time, but more than enough to mess up my life. I didn’t plan for the future because I didn’t want to HAVE a future. My depression told me that I was worthless and that I didn’t matter and I believed it so when things got tough I didn’t bother trying to do better because what was the point? I was worthless and would probably fail anyway.

I grew up, went to university, tgot pregnant, quit school, got married, raised a wonderful son and found a job I could do with my 1/4 of a degree. I continued to suffer; in fact it got worse until eventually in my late 20’s, early 30’s I couldn’t stand it anymore and told a doctor in a clinic that I was feeling awful, that I had no energy, was apathetic, didn’t want to do anything, had trouble sleeping ... he tried to prescribe something to help me sleep and I told him, “No, you don’t understand, I want to die!” He arranged for a psychiatric consult - I had to wait 6 weeks for my appointment. Somehow, I managed to hang on until I finally got to talk to someone who I thought might be able to help me. The psychiatrist asked me many questions at that first meeting and told me that I had “moderate to severe chronic clinical depression”. I was so relieved! I wasn’t crazy, I wasn’t a bad person, I had an illness, I was sick - and there were pills that might help. Not magic pills, but actual prescription medication. A weight had been lifted. For the first time I had a glimmer of hope that maybe, just maybe, I could get some relief from all the pain, the anger, the self-doubt and self-loathing.

That was 20 years ago, give or take a few years. Twenty years of individual and group therapy, medication changes, a lot of tears and some grief over lost decades of my life that I can’t get back, but which made me the person that I am today. And you know what? i kind of like that person. Living with depression has made me more compassionate, more patient, more willing to listen than I think I would have been if I hadn’t been ill. I have (mostly) learned to live with my illness and now I want to make it easier for other people to get help. Because there IS help. Mental illness IS treatable and people DO recover.

I still have depression, but now I know how to reduce its impact on my life. I know the signs that it is coming back: isolation, apathy and irritability, to name a few. And I know what to do about it: socialize, particularly with people who also have mental illness; get outside; get active; find reasons to laugh; help others who are struggling by volunteering; making sure I get enough sleep and that I eat healthy food; challenge those thoughts that tell me I’m no good, that the world is no good and that there is no hope.

It has been a long journey, but it is far from over and that’s okay. I have had so much help and support along the way, from family and friends and from the mental health community. Now I want to give back. I want to make it easier for people to seek help, I want our society to give treatment for mental illness the same priority as for physical illness. I was silent for so long. Now I’m ready to GET LOUD 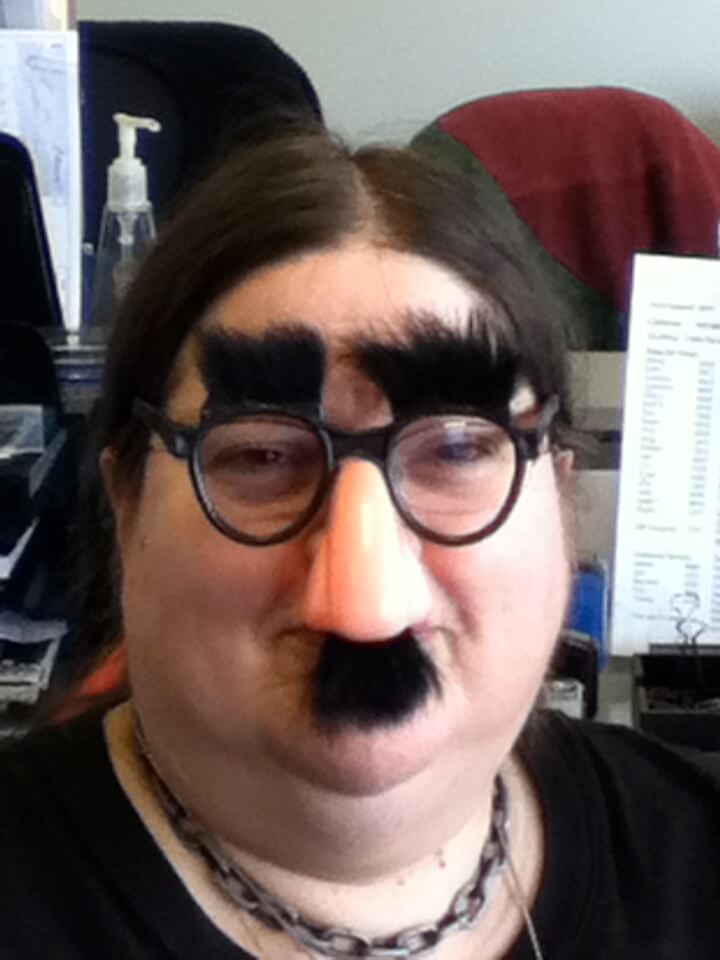